Jamey Ponte of House of Friends Kenya is helping the organization develop its newest artistic project. The Kibera Arts Districts (KAD), located in the Kibera Slum Settlement of the Nairobi Area of Kenya, will build off of “a revolution of creative expression that has burst in the past few years in Kenya,” as Ponte puts it. Though it will contain micro galleries and studios, the purpose of KAD goes far beyond opening creative spaces. The mission of the district is to allow artists to become activists, thinkers, and groundbreakers. Artists will be making their own decisions and learn from their mistakes without the interference of corporations or NGOs that might restrict or rob the artists of their freedom of expression. 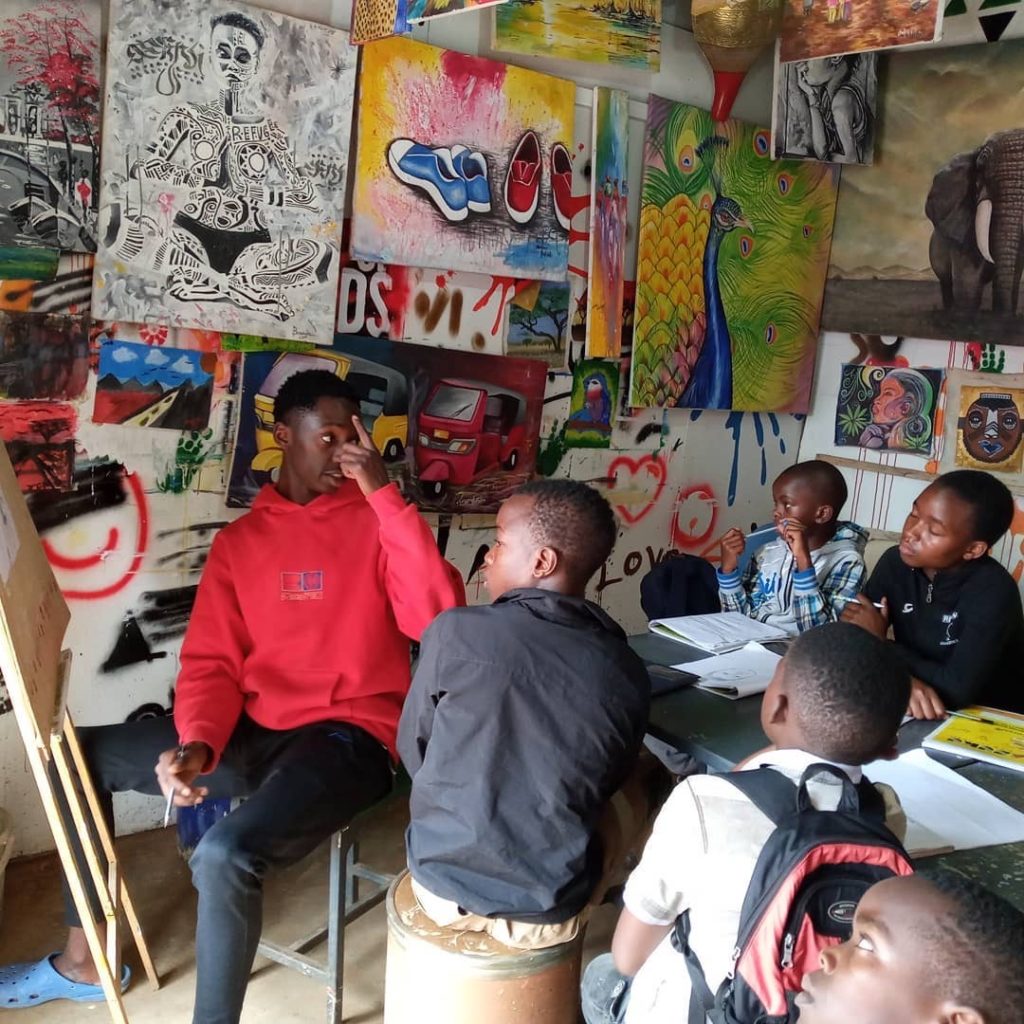 Ponte recognizes and appreciates that there are already a number of art efforts in Kibera, but none have gained the professional, national, or international respect that Ponte anticipates KAD to have. Although a gallery /studio known as Maasai Mbili is a real gem and partner in the community worth noting. It is not government or even NGO funding that will make the district a success, but instead the synergy created by the artists who are given freedom to express, create, build, and sustain their community on their own terms. Outside funds will certainly play a part in the district’s development, but Ponte emphasizes that KAD wants to avoid a culture of handouts; that is to say, when “charitable” efforts are superficial and unhelpful, they only slow down community growth. Ponte strongly believes that if the locals of Kibera do not seize the opportunity for development, the area will be taken away from them by tycoons whose motives are not at all community-centric. According to Ponte, “the real purpose [of the district] is to keep the artist and residence from being displaced and [to find] a way they can own what they are doing and not being lied to by fake NGO programs that said they would help the past 60 years.”
Ponte expects local businesses to pop up among the art studios once the district has grown. This may include food spots, jewelry and fashion design, libraries, spoken word joints, and East African film theaters. Ultimately, it is the community that will decide the shape of the district, not House of Friends. The rent control in the intended area of development will give an extra advantage to these small businesses. Ponte shares House of Friends does not have control over where exactly KAD will develop, but he guesses it will be in what is called “the entry of Kibera,” the safest corner of the area.
Though the project has already been launched, it will not be publicly advertised until as late as next year. Ponte estimated that it will be three years until the district has fully blossomed, at which time “saying Kibera Arts District will be a common phrase not only to Kibera locals but to art lovers across the globe.” Ponte hopes that KAD will spread and promote an understanding of the artist’s role in a community. And if wealthy corporations try to hijack the program? “We will find a new place to go just as artist[s] have for hundreds if not thousands of years.”
More information on House of Friends can be found at www.houseoffriendskenya.com
Be sure to investigate the NOW Friends artist residency if you are curious about Kenya’s art culture.